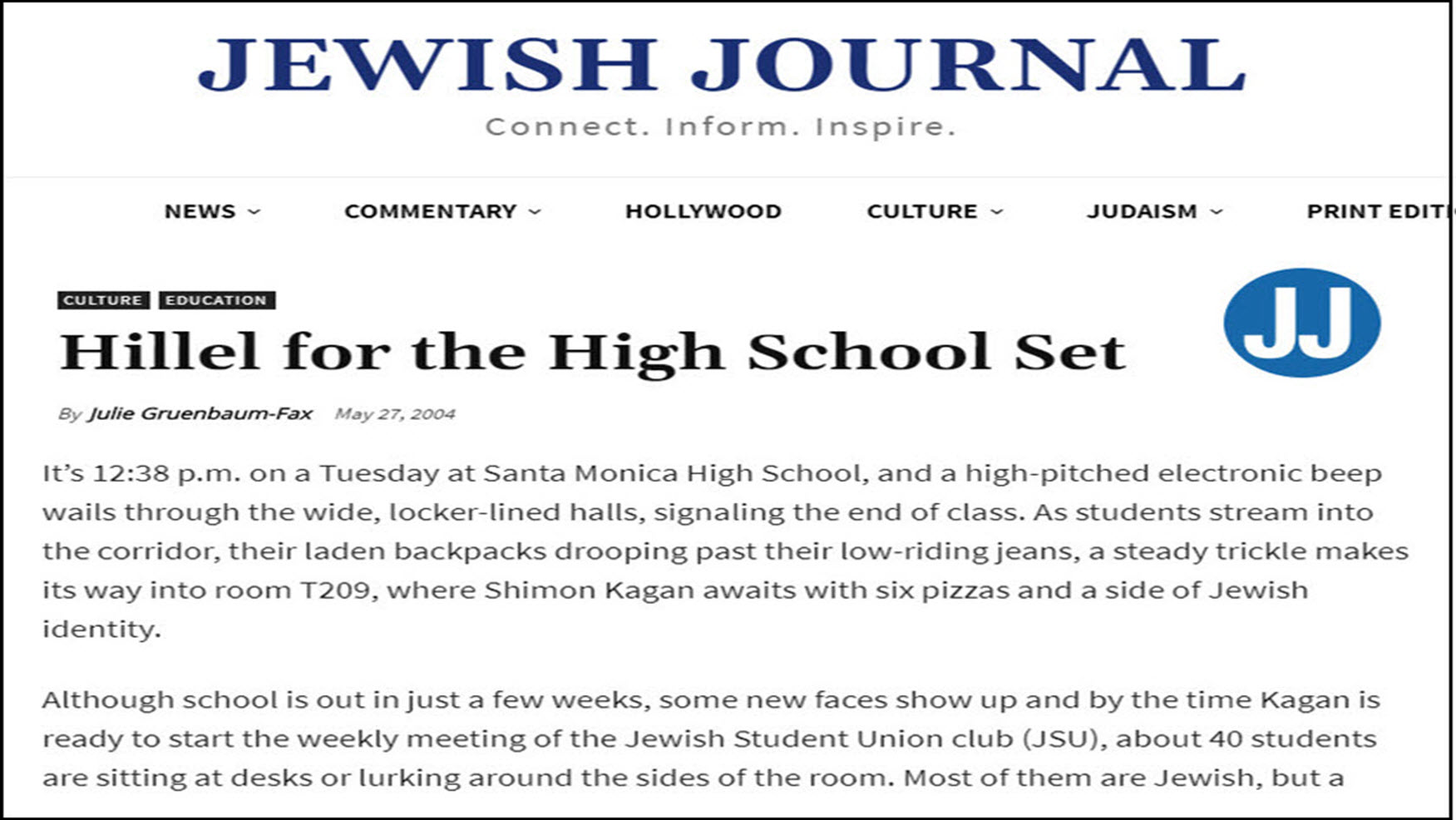 Hillel for the High School Set

Hillel for the High School Set

It’s 12:38 p.m. on a Tuesday at Santa Monica High School, and a high-pitched electronic beep wails through the wide, locker-lined halls, signaling the end of class. As students stream into the corridor, their laden backpacks drooping past their low-riding jeans, a steady trickle makes its way into room T209, where Shimon Kagan awaits with six pizzas and a side of Jewish identity.

Although school is out in just a few weeks, some new faces show up and by the time Kagan is ready to start the weekly meeting of the Jewish Student Union club (JSU), about 40 students are sitting at desks or lurking around the sides of the room. Most of them are Jewish, but a number are not.

“I’ll admit that some people come for the pizza,” said Danielle Farzam, an 11th-grader who is president of the club at Santa Monica. “But they don’t come back for the pizza. They come back for Shimon and the program and because they really like it,” she said.

JSU, an independent nonprofit, has 50 clubs in public schools nationwide, 14 of them servicing about 1,000 students a year in California. West Coast Chabad runs another six clubs with about 200 kids.